Notes on Education from the Republican National Convention

I’m so thrilled to have the good fortune of attending BOTH Presidental Conventions. This week I’m at the RNC in Tampa, and next week I plan to be at the DNC in Charlotte.

There have been a number of references to education in the various speeches at the convention. On Tuesday night, Ann Romney stressed that her husband would make education a priority of his administration, just as he had as Governor of Massachusetts, where she said the schools there were “best in the nation.” Also that night, New Jersey Gov. Chris Christie took on the teachers’ unions, saying: “We love teachers, not the unions.” Last night former Secretary of State Condoleezza Rice spoke about education as the new civil rights issue, noting that you can see what kind of education a child is receiving by looking at where they live.

I’m meeting and talking to lots of people here, and I’d like to share with you a conversation I had this morning with Elaine Miller, who lives on Long Island and has taught for more than 30 years in the New York City schools. An ELA and Social Studies teacher, she teaches special needs students at a middle school in Queens. During her more than 30-year career, she has worked throughout the city in various locations. She said she’s a Republican because her values mesh more with the Republican value of less government. We had a very free  ranging discussion about education, and she noted that most teachers she speaks to feel the same, regardless of party.

About Teachers and Parent Engagement in Schools:

“Teachers work very very hard. Like any profession, such as doctors, there is a spectrum of quality and expertise. Values begin at home. They have to be instilled in the home. Parents need to follow their children in school. There are dIfficult challenges today — single families, economic hardships, special needs. When children’s education is neglected at home, they can’t perform well in school. I don’t  know how you create a value system without parents helping and supporting schools. I’ve not met a teacher who is not dedicated to educating youth.”

On Dr. Rice’s Speech  to the Convention:

“Condoleezza Rice is fundamentally correct — look at the zip code — you get an idea of the socioeconomic issues and how they affect families, and how parents’ values about education affect the children’s values.

I think of how when I was growing up my mother expected me to have a better life than my parents had. And it has improved for me. However it was always instilled in me that education is your way out of a situation. And that’s open to everyone. It’s the individual’s responsibility to grab hold and take advantage. That’s given to all of us.”

“It seems as if the fundamental values of education in our sociey have changed to some extent. You walk into a school today and many students perceive teachers as their enemies, not their friends. Respect for teachers has changed. Teachers are no longer valued as a #1 commodity. The teaching profession is now viewed at the bottom rung of the ladder, not the top. Although they knew it was a good job, teachers never went into it for the money. The profession had respect and dignity.

Do parents support teachers? Some do and some don’t. Some parents are ready to attack teachers rather than deal with the problem their child is having. Discipline in schools isn’t the same as it used to be.  There are metal detectors in high schools; students run out of class into the hallways. Teachers are trying, but it’s difficult without discipline.”

“Education was never meant to be federally controlled. It’s a state and local power. It’s up to state and local officials. We don’t need a Department of Education. It should be 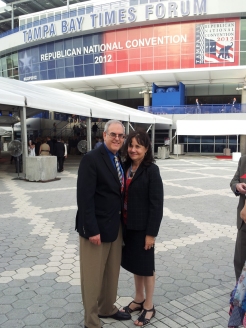 “The whole idea of standardized testing — putting teachers’ lives on the line — for one day of testing is insanity. It takes the creativity out of teaching. It takes away the availability of the teachable moment. It makes teachers focus on the state exams and teach to the test. It’s a cookie cutter approach to education.”

When Joel Klein was NYC Chancellor, I wrote him a letter about state testing. I said: ‘You are assessing a teacher on an exam a child is taking, but there are so many variables for students in the schools, such as a difficult home situation, the challenges special needs students face, broken homes, divorce, a death in the family, etc. A child is walking into an assessment and the teacher is also being assessed. How do you assess the value of a teacher saving a student’s life. How a teacher has influenced a child is never tested. How do you measure the real contributions teachers make? When you know that a child is suffering emotionally and you make a difference in the life of a child, how do you test that?”

“I feel the union shot itself in the foot by becoming so political. I’m not against the idea of unions; workers need protection. But unions have become too political and that is their downfall.”

A report this week by the U.S. Department of Education paints a dreary picture of arts education in the nation.

A casualty of budget cuts and an increased emphasis on math and reading, the report noted that fewer public elementary schools are offering visual arts, dance and drama classes. 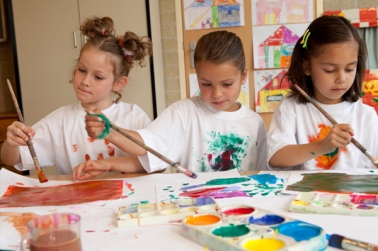 Although music classes in most elementary and secondary schools remain constant, they have declined at the country’s poorest schools.

Secretary of Education Arne Duncan decried the situation saying, “It is deeply troubling that all students do not have access to arts education today.”

He noted that children who come from disadvantaged families are most impacted by these cuts because their parents cannot afford private music or art lessons. In addition, involvement in the arts may provide motivation to attend school and excel in other areas.

This is doubly disturbing in light of a new National Endowment for the Arts Research Report.  It indicated that although high school students on the lower end of the socioeconomic ladder tend to not do as well in school as children from more comfortable families, those who participate in the arts achieve as well or better than their wealthier counterparts. They have higher than average grade point averages, are more active in school activities, and enrolled in four-year colleges at higher rates than their peers who did not participate in the arts.

A report on the CBS Evening News Tuesday reinforced these findings. Band Director Alvin Davis at Miramar High School is Florida’s Teacher of the Year. For four years in a row, 100 percent of his band students have gone on to college; just 10 years ago, the school was listed as failing. Alvin Davis is proof that one music teacher inspiring his students can make a difference. http://www.cbsnews.com/video/watch/?id=7404214n&tag=contentMain;contentBody

There are other reasons why arts education is important.

Be sure to tell your school district that arts education must be preserved!