School Bus Accidents in the News – Are Your Children Safe?

Three separate school bus accidents on Monday – in Indiana, Washington State, andOhio — have left a student and a bus driver dead, and scores of students injured, some critically.  The three crashes have fueled concerns about school bus safety.

In the Indiana accident, the bus was mangled when the driver hit an overpass without braking. In Washington, the bus rolled over after it veered off the road. In Ohio, the bus tipped and then rolled over onto its right side into a ditch.

None of the buses were equipped with passenger seatbelts, which the National Highway Traffic Safety Administration (NHTSA) does not require in larger school buses. But those accidents have now renewed calls for passenger seat belts on all school buses.

Federal law requires seat belts on school buses weighing less than 10,000 pounds, but 80 percent of the nation’s school buses do not fall into this category. Six states – New York, New Jersey, California, Florida, Texas and Louisiana – have laws requiring seat belts on all school buses.  But just because seat belts are installed, doesn’t guarantee they will be used.

For example, New York leaves the decision of whether the seat belts will be used to local school boards.  On the contrary, the Texas law calls for disciplinary action against students who do not use them. California and Florida laws, while requiring seat belts in school buses, state that employees of school districts are not responsible for requiring students to buckle up.

The debate about seat belts on school buses has been going on for years. Despite increasingly strict requirements about helmets for bikers, seat and lap belts, and car and booster seats for children in passenger vehicles, school bus safety has not kept pace. In an ABC News interview, NHTSA spokesperson Lynda Tran said of school buses: “They are safer than their parents’ cars.” But Dr. Phyllis Agran, a pediatrician, told ABC that about 17,000 children are treated in emergency rooms each year from injuries sustained in school bus injuries.

Defenders of the status quo regarding school bus safety contend that statistics are on the side of the 24 million children who take a bus to school each day. But statistics fly out the window if it is your child who is involved in an accident.

Two of my three children were involved in school bus accidents and I have to tell you that although they were minor, it was a chilling experience to be notified that your child has been in a school bus accident. Parents have a right to expect that when they put their children on the school bus in the morning, they will get to and from school safely. They certainly don’t expect serious injuries or worse.

Seat belts have become a hot topic, but I can tell you as a former school administrator that they are not the only bus safety issues. Buses tend to be a “no man’s land” when it comes to supervision. It’s difficult for drivers to steer the bus while at the same time police kids’ behavior. Because there is no adult supervision on the bus other than the driver, school buses are fertile fields for bullying, profanity, fistfights, and other dangerous behavior, such as walking around while the bus is in motion and throwing things.

If the bus driver reports misbehavior to the school, it will be handled with an appropriate consequence. But not all bus drivers take the trouble to write a report. If your child tells you about misbehavior on the bus, take it seriously and report it to your principal or assistant principal. It’s not just annoying – it’s potentially dangerous. Be sure to inquire what steps the school takes to emphasize school bus safety. And make sure you reinforce them at home.

You may also inquire about the supervision of bus drivers.  If the school district owns a fleet of buses and the drivers are district employees, they are usually better screened, supervised, and monitored than if the district contracts with a private company for their buses and drivers. If you have reason to believe a bus driver is engaging in dangerous or suspicious behavior, be sure to report it to your school district immediately.

The following bus rules should be emphasized by the school and reinforced by you with your child at home.

I cannot emphasize enough how much it benefits your child for you to be actively involved in his or her school. Over the years, I have attended countless PTA and Board of Education meetings as a parent, teacher, and administrator, and I will tell you that the prescription for power is knowledge and participation. I have come to understand the crucial role parents play not only in their own children’s education, but in determining the quality of the schools they attend.

Indeed, research indicates that the more involved parents are, the better the schools. Conversely, when parents are uninvolved, uninformed – or worse – apathetic, their children and their schools suffer.

The current bus situation in the Smithtown School Districtis a perfect case in point of why parents have to be informed and involved.  On May 17, 2011, a transportation referendum to reduce busing limits was passed by voters inSmithtown. The minute it was passed there was an outcry from parents that the proposition was confusing: they didn’t know what they were voting for and, worst of all, that they were unaware that a vote on transportation had been scheduled.  Parents were up in arms that their children’s safety was being jeopardized and that their lives would be in danger because they would now have to walk to school on streets without sidewalks and cross large thoroughfares where numerous pedestrians have been injured and killed.

Clearly, this debate should have taken place before the vote.  But not enough parents were aware – until it was almost too late.  After the vote, large numbers of parents began to systematically lobby the Board of Education for a revote.  They circulated petitions, discussed the topic at PTA meetings, wrote letters to the board and to the newspapers, and came to board meetings en masse. This impassioned and organized effort had the desired results, and the board scheduled a new vote for September 19. Stay tuned for the results.

There is no question that parents are their children’s best advocates, but parents can’t be effective unless they are informed; they need to play with a full deck.  They need the facts, and they need tools and tactics. My mission is to empower parents to better understand and navigate their children’s schools with the insider information, unvarnished truth, and useful strategies I have acquired in the trenches and at the top levels in public and nonpublic schools. I fully understand that each child has only one chance to experience a particular grade in a school. My passion is caring. I wish that all schools would operate from an ethic of caring – understanding and meeting each child’s needs with respect and sensitivity.  My goal is to help parents make the schools more accountable for the benefit of their children. 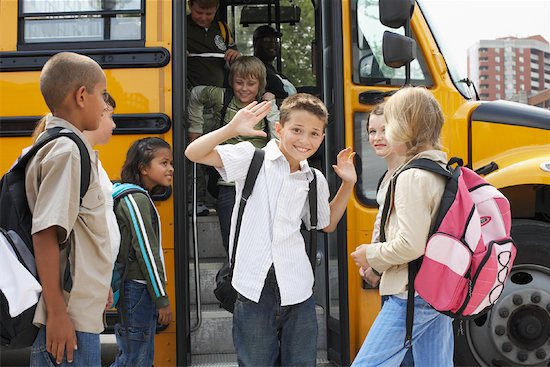