It is appalling — but not surprising — that Penn State officials were more concerned with “bad publicity” than the welfare of children who were being sexually abused by former assistant coach Jerry Sandusky. This is the conclusion of a report that was just released, based on the eight-month investigation led by former FBI director Louis Freeh. Freeh was hired to determine why school officials who were aware of complaints of child sexual abuse did not stop Sandusky or report him to the police.

The investigation was based on 430 interviews and reviews of 3.5 million emails and other documents. 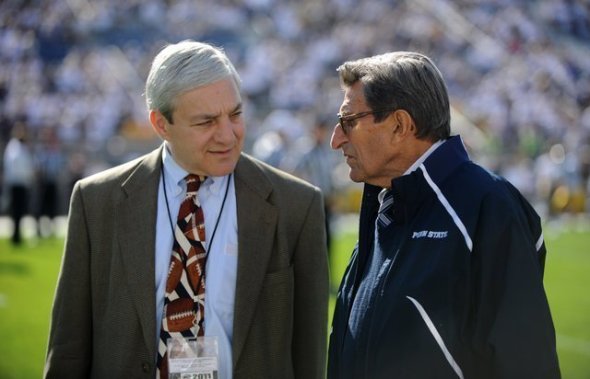 The report said that Joe Paterno, along with officials Tim Curley, Gary Schultz, and former president Graham Spanier, “repeatedly concealed critical facts relating to Sandusky’s child abuse from the authorities.” The report blamed these school officials for not stopping Sandusky and failing to protect other children from his predatory behavior. The four officials showed a “striking lack of empathy” for the victims of Sandusky’s abuse and empowered him to continue abusing, the report said. Sandusky was convicted of 45 counts of child abuse in June.

Read the full report at http://thefreehreportonpsu.com/.

As I pointed out last month in my blog on the Sandusky case, there are powerful lessons here for all parents, educators – and everyone who is concerned about children. As a former school district official, I will tell you that institutions are concerned with protecting their own reputations. Is it blatantly at the expense of kids, as it was in the Penn State situation? Hopefully not, but it is the responsibility of each and every one of us to hold schools, sports organizations, religious and social organizations accountable.

The blog, What We Should Have Learned From the Jerry Sandusky Case, urges parents and educators to stop being “reverent, diffident and polite,” where their children are concerned. The Freeh report emphasizes the need for eternal vigilance and the danger of blind faith. Here is the link to my Huffington Post piece, which offers tips to recognize the warning signs of child sexual abuse:

What We Should Have Learned from the Jerry Sandusky Case

The conviction of Jerry Sandusky on 45 counts of sexual abuse ought to send a collective chill down the spines of every parent, educator, coach, and school administrator — everywhere. 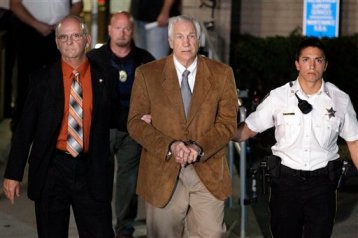 As the “beloved” Penn State assistant football coach, he committed indiscretions in locker room showers, hotel rooms and in his own home. In a strange twist, shortly after the case went to the jury, lawyers for Sandusky’s adopted son, Matt, said Matt had been prepared to testify that his father had abused him.

The 68-year-old Sandusky will likely spend the rest of his life in jail, but what about all the rest of us who didn’t see, didn’t hear, or didn’t believe a child?

When the scandal broke, Penn State fired its president, Graham Spanier, as well as its legendary coach, Joe Paterno, who was Sandusky’s mentor and boss. 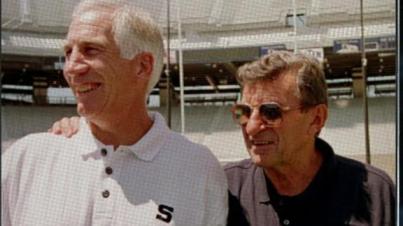 Two other university officials were also fired and charged with perjury and failing to report suspected child abuse. And the university hired former FBI director Louis Freeh to do an investigation, trained employees in recognizing and reporting child abuse, and enunciated a new policy on the responsibilities of staff in this area.

There have been passionate outcries to reform child abuse laws in Pennsylvania and other states. There is no doubt that laws and policies need to be strengthened, but that is only part of the problem and it is not enough to stop the scourge of child sex abuse. In the last few weeks, allegations surfaced about ongoing sex abuse of students at the prestigious Horace Mann School in Riverdale, NY, and just this week, Tek Young Lin, a retired – and revered — teacher, admitted that he had sex with several of his students there.

Lest we think this is just about Penn State and Jerry Sandusky, or the Catholic Church or the Horace Mann School, it’s not.  It’s about all of our schools, all of our social and religious organizations, all of our athletic teams, all of our children, and particularly all of us. As parents and educators, we have to stop being reverent, diffident and polite, and learn to be vigilant in regard to children’s welfare and safety. That means having our antennae go up when there are certain signs.

The light is shining brightly on this problem, which sadly is not isolated to one school or one institution. It is everyone’s responsibility to put an end to this plague of child sexual abuse. The antidote is certainly more awareness and watchfulness, and more care and caution. This week’s outrage needs to be harnessed into action that results in the ongoing protection of our children’s welfare.